Hawa Mahal is a veil so royal women can see the streets without fear of being seen by outsiders.

Hawa Mahal, also known as the Palace of the Wind, is located in the state of Rajasthan, India. With its architectural, cultural and historical values, this is one of the most popular tourist destinations of the pink city of Japur. The building was built of pink sandstone, with 5 floors of 15 m high and structured like a honeycomb with 953 windows.

The palace was built in 1799 by King Sawai Pratap Singh, during the Kachhwaha Rajput dynasty. Its design is a combination of Hindu architectural style Rajput and Mughal of Islam. Hawa Mahal is located at the edge of the Royal Palace, and became the favorite resort of Maharaja Sawai Jai Singh, the king’s grandfather. 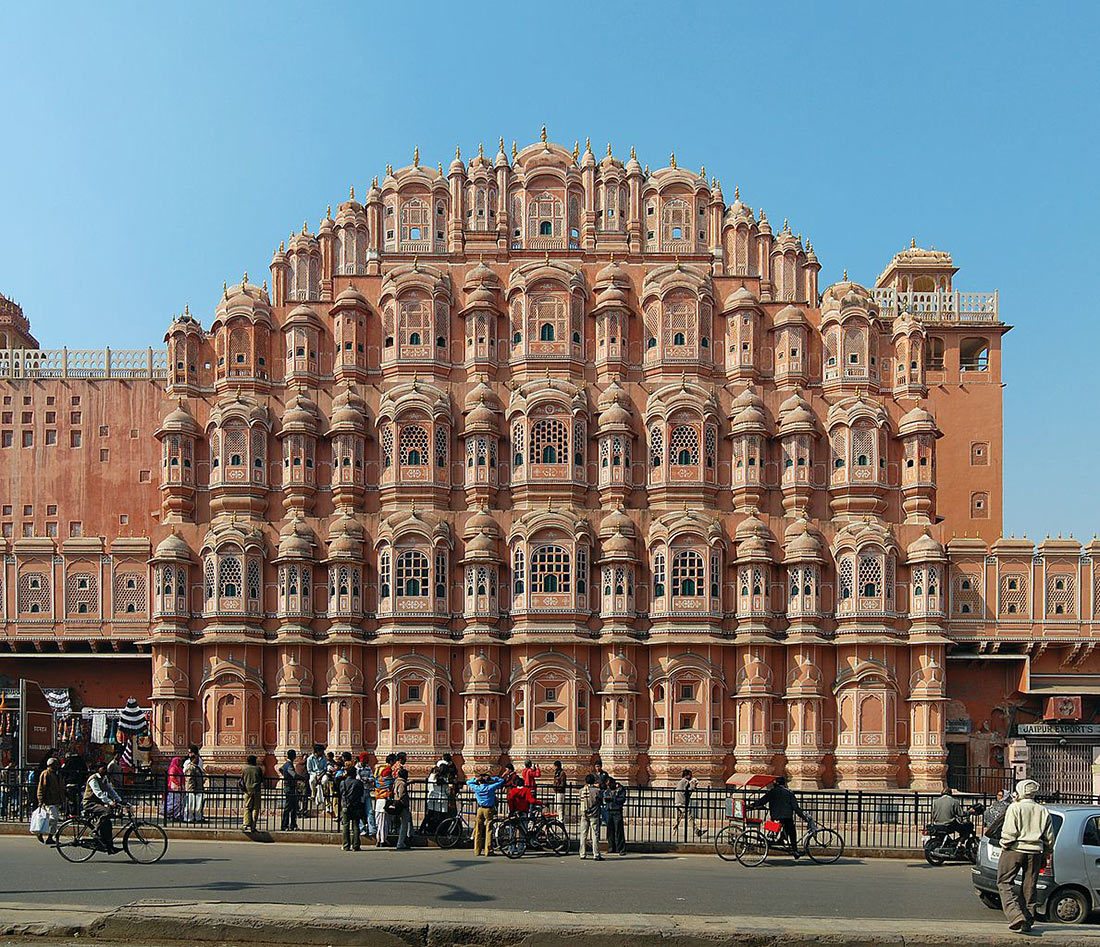 Hawa Mahal has a door that leads to the Royal Palace in the city. It extends to Zenana – a room reserved for women who are forbidden to appear in public without masking. Hundreds of doorways serve as a giant curtain, helping women in the palace to watch the streets and festivals without being seen by people from outside.

The facade of the palace is intricately carved with small doorways. Windows and balconies are designed to ventilate, cool, and air-condition the entire floors of the castle. Standing in the palace, you will feel the wind blowing continuously through the doorways. The narrow doorways on the top floor offer panoramic views of the street below. 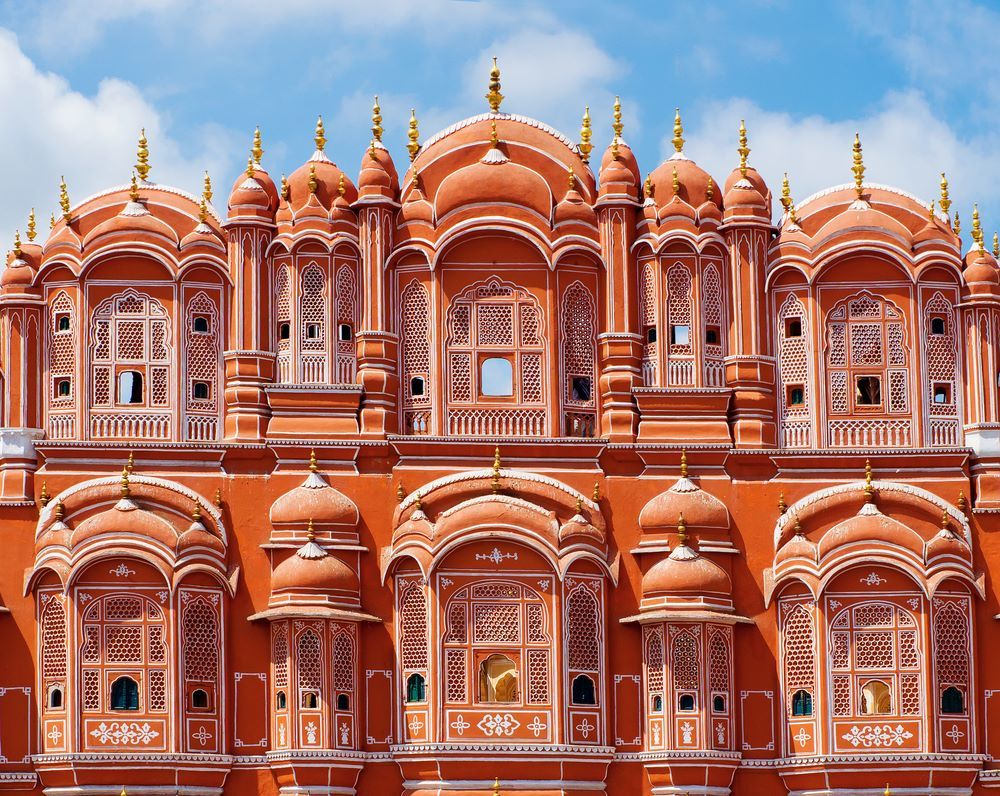 Despite having 5 floors, the palace has no stairs, only slopes. Previously, they were used to bring ladies to the upper floor by palanquin. The top floor of the palace is called Hawa Mandir, or “Temple of the Wind”. From the rear balcony, visitors can see the remains of Hawa Mahal, the Royal Palace, Nahargarh fortress and the far mountains.

Currently, the palace has an archaeological museum of the same name. The palace is located on Hawal Mahal, Badi Choupad, Jaipur. Opening hours are from 9:30 to 16:30 daily, entrance tickets for foreigners priced at 50 Rupee. The best time of day is the morning, when the morning sun shines on the building. The summer in Rajasthan is hot, so the best time to visit Jaipur is from October to March.