Tourists can live in football love when visiting famous stadiums like Wembley, Old Trafford and even becoming a Premier League player for a day.

Football in England is not only a king sport, but also a lucrative tourism business industry. From the tour of the stadium to the live viewing of the top matches to learn the history of English football in museums, the UK is always the ideal destination for football lovers.

If you want to relive the glory and defeat of the British national team, go to Wembley Stadium, which often hosts the climax of world football. Located northwest of London, this stadium can accommodate up to 100,000 seats. 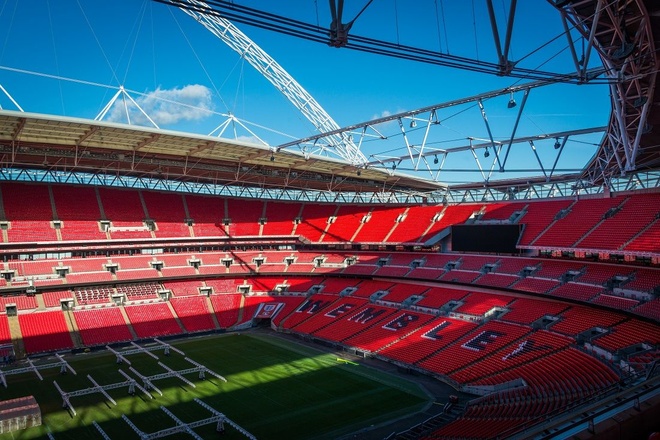 A tour of Wembley for £22 will take you to the British dressing room, admire and test the FA Cup simulation version. In addition, moving in the stadium pipe and experiencing the feeling of preparing for the match where the legends are ready to play will be unforgettable for true football fans.

Famous stadiums spread throughout the land of fog. Manchester United, Liverpool, Arsenal, Chelsea or Newcastle United, their stadiums and football museums all satisfy the love and admiration of visitors with each team.

Walking in the grassy tunnel at Old Trafford stadium (Manchester), Emirates (London) or Anfield (Liverpool), you will feel like you are accompanying idols like David Beckham and Mesut Ozil. Mohamed Salah.

The opportunity to become an audience in a live football match and watch the bone and meat players on the grass is definitely a great experience for fans. The Premier League ticket market is extremely exciting and tickets are very scarce, especially in the confrontation matches between the top teams.

If you desire to enjoy the ball matches, you need to book early to have peace of mind to get a seat. To book a ticket, you can go to the home page of the teams, the stadium where the match takes place or Ticketmaster’s intermediate ticket page.

The National Football Museum in Manchester is a must-see for true fans of this great sport. Located in the Urbis exhibition in the city center, it displays memorable memorabilia of English football. 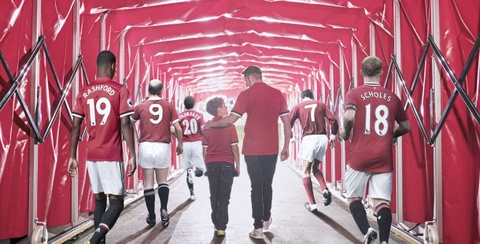 One of them was the ball in the 1966 World Cup final in England – England’s World Cup was crowned champion. Dieogo Maradona’s shirt when he scored by hand that history named “Hand of God” is also displayed here.

Experience playing football at a famous stadium that is only reserved for the elite. But when it comes to Play on the Pitch, anyone can realize their childhood dream of becoming a professional player in a day.

Feeling the thrill of lining up in the tunnel to the lawn and cheering and playing your best on the favorite football stadium will be one of the memorable memories in your life.