Ffordd Pen Llech has a slope of 37.5%, making it possible for a car to slide 2m distance even if all four wheels are locked.

The town of Harlech is home to 1,400 residents, located in the Snowdonia National Park, northwest Wales, England. At the end of July, Ffordd Pen Llech, the short winding road in town, was recognized by Guinness World Records as the steepest street on the planet.

Ffordd Pen Llech is one of two roads surrounding Harlech castle dating from the 13th century, located on top of a rock facing the Irish sea. The road is said to have existed more than 1,000 years ago, connecting the top of the mountain between the town center and the train station near the sea. It is over 300 meters long, the steepest section reaches 37.5%. 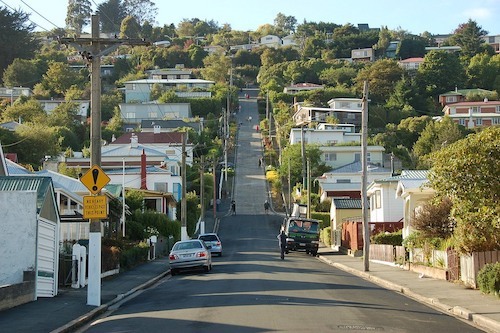 The street is so steep that local officials prohibit people from driving in some sections to ensure safety. In case the vehicles going in the opposite direction must stop because they meet on the slope and cannot start the engine again, the northern section turns into a one-way street, only allowing vehicles to descend.

The record discoverer of Ffordd Pen Llech Street is a local resident named Gwyn Headley. His car slipped about 2 meters despite locking all four wheels. On the internet, he was surprised when he discovered Ffordd Pen Llech Street, which is even steeper than Baldwin Street, the steepest planet (35%) in Dunedin City (New Zealand) named in the previous Guinness Book of World Records.

Gwyn felt she needed to update this information for the Harlech residential community, and his advocacy effort was successful. Gwyn said: “I am completely relieved and jubilant. It’s a pity for New Zealanders, but the steeper still has to be recognized as a steeper one”.

Local people excitedly celebrated the new title of Ffordd Pen Llech. Glyn Roberts, the owner of Castle Cottage, is one of the satisfied residents of the newly certified record. “We have lived here for the past 30 years with a world heritage site called Harlech Castle. It is a valuable part of the world, and now a new title will bring good things to town and appeal. more tourists”, said Glyn. 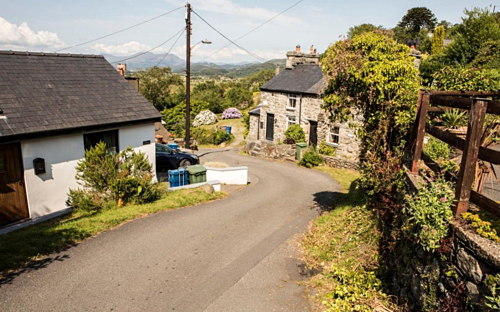 The new record for Ffordd Pen Llech also comes with many troubles. Cross-country visitors rushed to visit, trampling on the garden and ruining the daily life of the residents. Local authorities must invest $90,000 to build public toilets to meet the needs of tourists.

Dunedin City Council is looking for ways to regain the title for Baldwin Street. Some suggested that the government could raise the road surface to create a steeper slope or simply accept the title of the southern hemisphere’s steepest road.

Many people expressed regret for the residents of Dunedin after searching for the landscape of the world’s steepest street on Google Street View. They shared, Ffordd Pen Llech is just a narrow slope with grass trees on both sides, not enough to become a street for people to travel regularly.