Located in the southwest of Paris, the castle, also known as the Palace of Versailles, is the residence of the French kings, from King Louis XIII to King Louise XVI.

This castle is considered a symbol of the supreme power of the French feudal dynasties including a complex of extremely monumental and splendid architectural works.

First built in 1624 as a hunting ground for King Louis XIII and later expanded to a residence for the French Royal Family.

If you are living or working in Europe, you love to explore the quintessential constructions of the century-old architectural art of Western civilization and plan your own trip to Europe through France in time. With his upcoming free time, Versailles might be a worthy option to consider.

The architecture of this majestic castle is built according to the norms of classicalism such as symmetry of buildings, multi-column corridors and auxiliary works inspired by tradition and technology ancient art interwoven with some Baroque art. 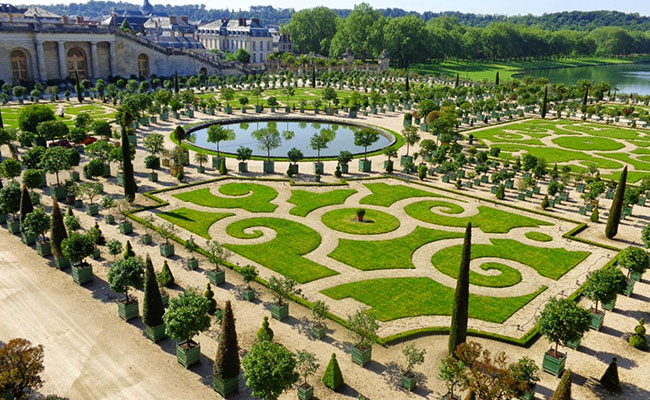 Palace of Versailles is not only known as a splendid palace, but it also contains many interesting things that any visitor to France must visit the palace. With the classical architecture, the splendid layout with symbols of the supreme power of the great French feudalism.

Because of that, a trip to France will not be complete, there are no interesting experiences if you do not visit the Palace of Versailles. Around the 10th century, the monks here have built buildings in this land such as churches, monasteries Saint, Julien.

In 1472, the town of Ver-saille-aux-bourg-de-Galie was born and a small castle of Lord Versailles began to replace the old churches. In 1623, King Louis XIII built a small house of bricks and stones as a place to stop whenever he hunted in the forest of Versailles.

In 1643, King Louis XIV ascended the throne and felt dissatisfied with any royal palace in France. The first time he arrived in Versailles and he was really interested and decided to gradually move the royal family back to Versailles and turn it into a magnificent, leading palace unique to European royalty. The designer of this magnificent building was Louis Le Vau in 1668.